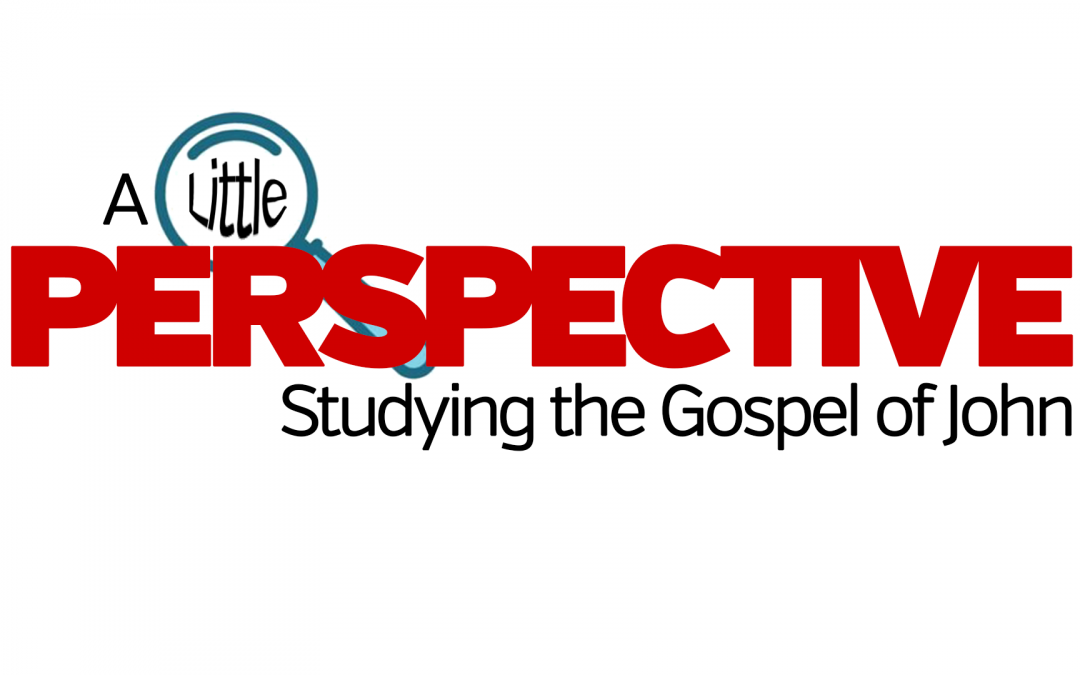 For the past few weeks several of us have gathered on Wednesday nights to study the Gospel of John together. The class has been called A Little Perspective. The perspective that John offers in relation to the other gospels is fascinating.

Matthew, Mark, and Luke are called the “synoptic gospels.” Each has their own perspective and purpose for writing, and each offers a more complete picture of Jesus’s life when compared to John. Mark was the first to be written, and Matthew and Luke had Mark to use as a reference as they wrote their gospels. John was the last, and while he was aware of the other men’s writings, he wasn’t focused on retelling the same events. Instead, John’s gospel almost works like a companion to the first three.

John writes assuming his readers have already read Mark’s letter, or Luke’s, or maybe all three. He doesn’t tell the story in chronological order, but rather in theological order. That is, John is offering a unique theological perspective on the story of Jesus in order to help us understand what we read in the first three gospels.

For example, Matthew, Mark, and Luke all tell the story of Jesus clearing the temple. For each of them, this story comes near the end and leads into the Passion Narrative (the journey to the cross). John also tells this temple clearing story, but John puts it at the beginning of his letter, rather than the end. Why? Is this to make us argue about when it happened in Jesus’s ministry? Not at all. John is giving us some theological perspective.

John is an especially compelling read when done so along with or following the reading of the other gospels. John doesn’t write explicitly to evangelize the world, but to disciple Christians who already know and believe in Jesus. John writes, “these things are written so that you may continue to believe that Jesus is the Messiah” (John 20:31).

In our class we’ve had lots of opportunities for discussion. Our personal experiences have paved the way to hearing John with unique perspectives of our own. But when we study together, in an environment ripe for loving conversation, gentle correction, and even differing opinions, we are made stronger and more responsible readers of the word.

I hope that you’re getting these opportunities. If not, we’ll have plenty more in our discipleship gatherings on Wednesday nights and through our Life Groups. Let’s dig into the word together as a church, full of grace and seeking wisdom, in order that we, too, can gain a little perspective.