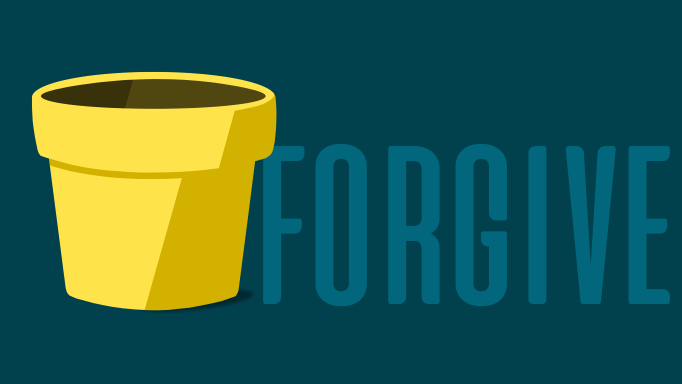 Colossians 3:13  Make allowance for each other’s faults, and forgive anyone who offends you. Remember, the Lord forgave you, so you must forgive others.

We heard a message from Colossians 3 this week as we began our new series: Shaped. We’re looking at the ways God actively forms us into his image. This is discipleship. This is who we were created to be: a people in the image of the Creator.

These little spats are *usually* resolved quickly, and everyone is given the opportunity (read: forced at threat of death) to apologize and forgive. We talk about kindness with our words and actions, and we move on.

Forgiveness, like Christianity, is a process. You can become a Christian in a moment. You accept Jesus’s love and forgiveness. You invite Jesus in as your Savior, King, and Friend. Boom. You’re a Christian. But all Christians know it doesn’t stop there. That’s what this Shaped series is all about. You don’t just become Christian. You keep becoming Christian. (From the Greek – Christos, meaning “anointed one” and the Latin suffix – ianus, meaning “belonging to.” So, Christian literally means “belonging to the anointed one.”) When you belong to Jesus, it happens in an instant, but the relationship grows and deepens for the rest of your life.

The good news, though: this is not something we’re expected to do on our own. God has gifted us with his Holy Spirit because we are not strong enough to forgive deep traumas and just turn our backs and pretend they never existed. We’re going to need the Spirit’s help, guidance, wisdom, strength, and perseverance as whatever we’re called to forgive raises its ugly head again and again.

But if we don’t actively choose forgiveness, we will live with this roadblock in our chest, in our brain, in our life and eventually we’re going to run into it. It will keep us from fully becoming who we were created to be, and from fully embracing the love-laden plan God has for us. Forgiveness is a necessary part of being shaped into the image of the Forgiver.